Osho’s Sayings about the Rebel and Rebellion

This page contains a number of powerful sayings of Osho, the ‘Rebellion Quotes’. Osho profoundly has explored the theme of Rebellion and many times he elaborated and he sharpened it. He speaks about the difference between the ‘Rebel’ and the ‘Revolutionair’, read more.
Rebellion has nothing to do with violence. In fact the Rebel focuses on Love and not on negative phenomena like fight, concurrence, competition but on cooperation, dialogue and naturally connection, which organically has arisen. An organization has been externally imposed, but an organic connection arises from the inner of people.

In the Book ‘It ’s all about Change‘ Osho offers his vision about the necessary changes who have to take place in the world, if we want to create a fundamental better society.

Actually Rebellion is an individual phenomenon. The point just is that you don’t throw the responsibility on other people or on the circumstances for the situation as it is at the moment. When the situatie is experienced negatively, the Rebel first looks at himself/herself. He/she finds out if his/her own attitude possibly could be attuned. For this the Rebel in first instance goes into his/her own transformation process.

So, the Rebel is in the first place on his own, he/she is an individual. Just because of that the Rebel is very much able to be in connection without making him/her self dependent of others. The Rebel doesn’t claim  others and he/she will not give advices to other people without asked for it or hang around other people’s neck. It is a connection in Freedom which happens and it is just there for this moment, without any guarantee for the future. The involvement with others happens spontaneously, from the heart and that’s why it is the most sincere. 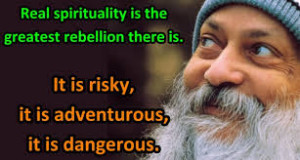 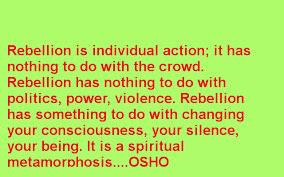 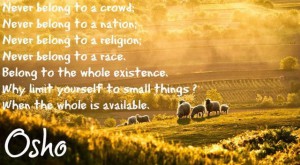 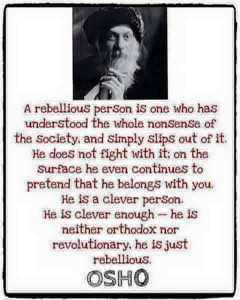 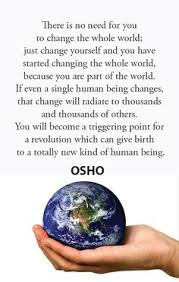 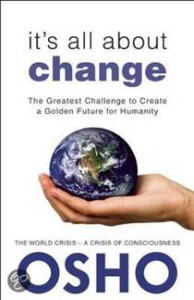